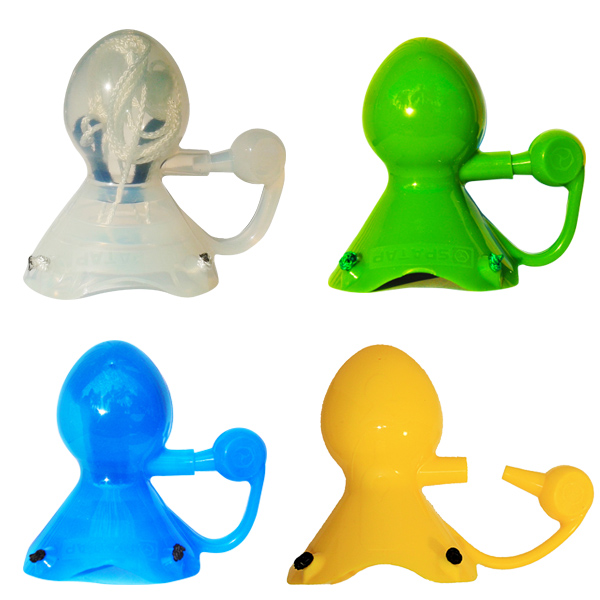 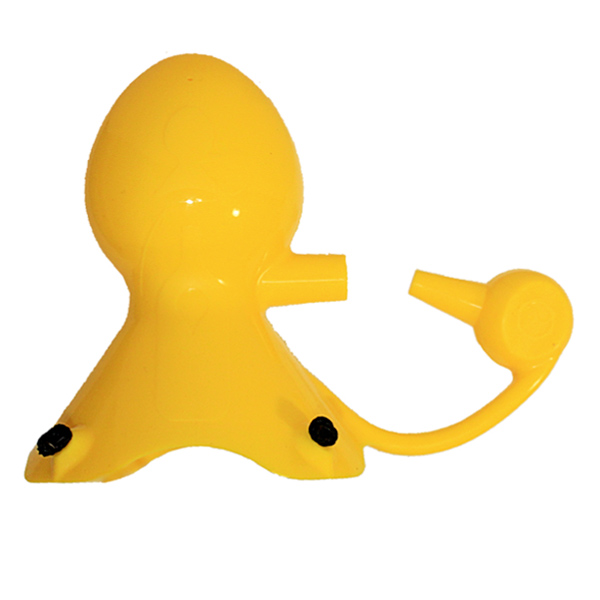 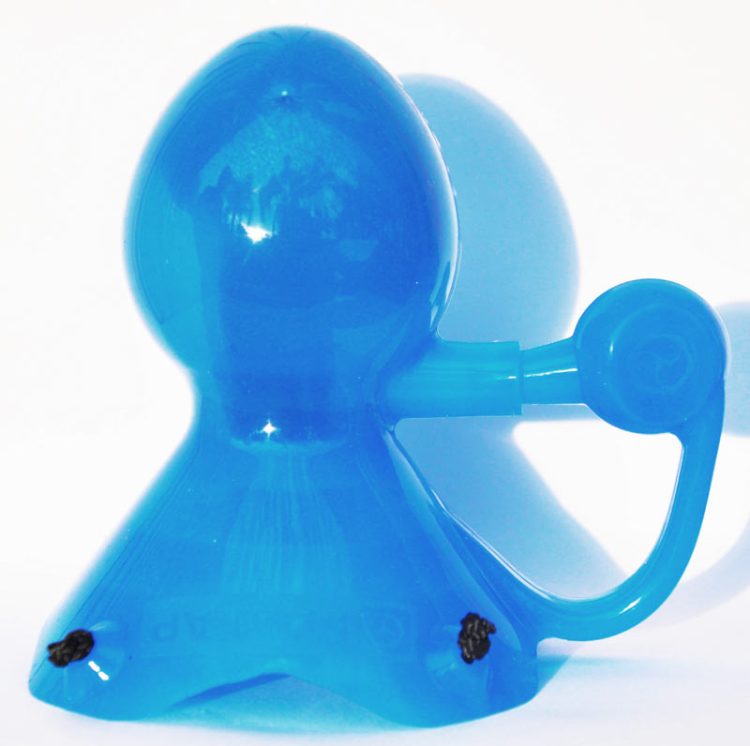 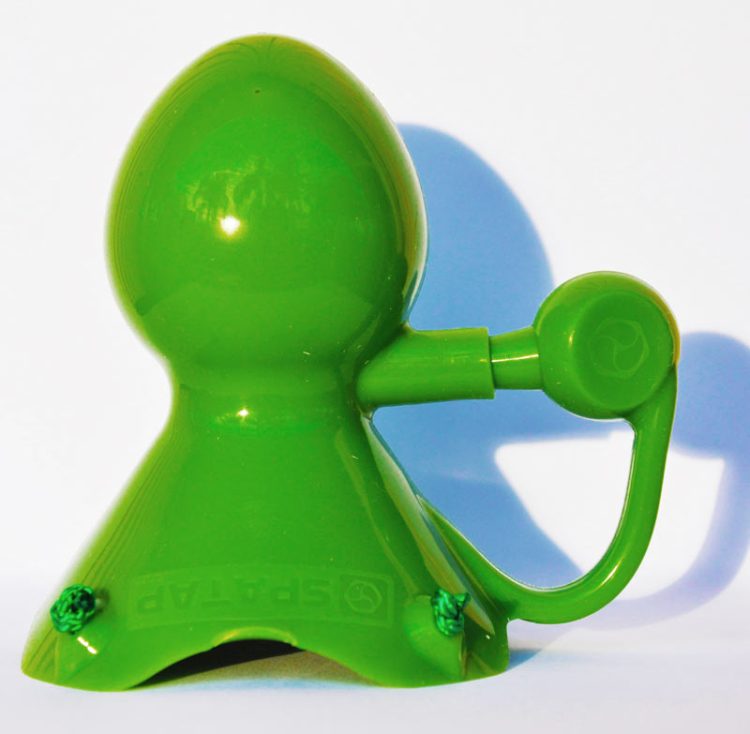 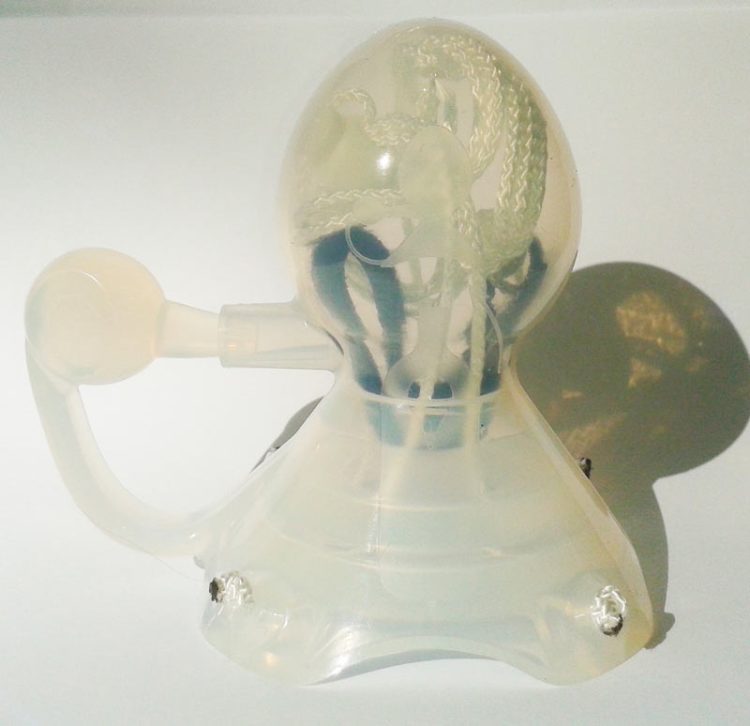 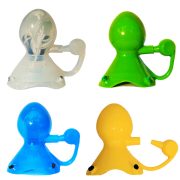 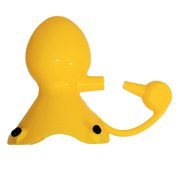 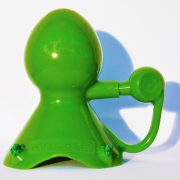 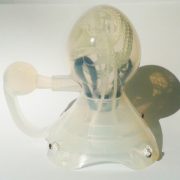 Spatap, the world’s first portable Shower/Tap Combination.  Made with food-grade silicon, extend the use of your water.
1.25l bottle of water will flow for over 13 minutes or provide up to 100 hand rinses.

Made in Australia
Invented and Manufactured in Oz

It was a warm bottle of water left in the car that gave Stuart his ah-ha moment.   Originally from the UK, Stu realised a few things in that moment.    In the UK, there would be very little chance of the sun naturally heating water.  Also, if he now wanted to use that water, half of it would be wasted as he poured it out of the bottle.

Stuart Mason, the inventor of the Spa Tap

He tells me it was at this point that he came up with the concept of the Spa Tap.   ‘What if there was a way to regulate the flow of water and give the maximum wash for the minimum amount of water.’

What he has come up with has taken years to perfect and countless designs.  But in its simplest terms, the Spa Tap is a silicon device that will fit over 99% of bottles and turns them into instant taps or shower systems.

The Spa Tap in action

The Spa Tap allows water to be dispensed in 3 ways.  As a tap, squeeze on the bulb and a small amount of water is dispensed.  As a pump, remove the plug and squeeze allowing a rapid flow of water.   Or, as a shower, remove the plug and there is a gentle constant flow of water.  The flow rate is enough that it will wet you through, with the average 1.5 liter bottle enough for a 13 minute shower.

Watch Our Interview With Stu About The Spatap

Stu gave us one of his taps to try out, so we have been using it around the motorhome to see how it would go.  Apart from the kids having a ball with it, what we liked about it was its compact size and the fact it could fit on any bottle.

For us, having kids who get grotty camping and living most of their life outdoors, it was easy to have a wash station outside where they could easily access it, still wash their hands, and not make a mess traipsing in and out of the motorhome all day.   Plus it was a novelty for them, so we didn’t have to harass them to wash their hands.

The Spa Tap as a Tap & Shower

What was also a bonus was that it saved us turning on the hot water during the day.  Depending on where the bottles were placed, the water was already warm from the sun.  This saved us gas on heating.  We liked the fact that it was gravity fed, which meant we were not using the pump as much, which saved wear and tear, and also solar power, which is what we rely on most of the time.

What we also found was that by using a metal bottle and leaving it in the shade it became a drinking fountain, and being BPA free meant it was safe to do so, which is something we could not do with a standard outdoor shower.

There are so many uses for the Spa Tap, with some campers even suggesting it could be a great drink dispenser for their rum bottles.  But for us, it was a winner because with a couple of taps we could use it with hot or cold water.  It meant we could find a second use for plastic water bottles.  It saved us power and more importantly water.  As you know, water for any camper is premium, and although we are on a bus, and can hold a bit more water than the average, it is still an important resource, so finding ways to save it means we can last in the bush longer.

We also loved the fact it was environmentally friendly and Stu is striving towards having the Spa Tap made available into many villages in Africa where water usage is critical.

Be the first to review “SpaTap Colour Chooser” Cancel reply